China’s largest city has a colorful history influenced by both Chinese and European development over the centuries. We can take you there to hit the highlights of Shanghai, its nearby water villages and surrounding cities with one-day trips (sample tours listed below), or contact us to set up a combined tour itinerary that fits your time schedule and what you want to see all over China. The tours listed below are just suggested ideas for tour itineraries so please let us know if you would like any other type of tour schedule for Shanghai. Tour prices may vary a bit depending on the current exchange rates and whether it is peak or off-season. 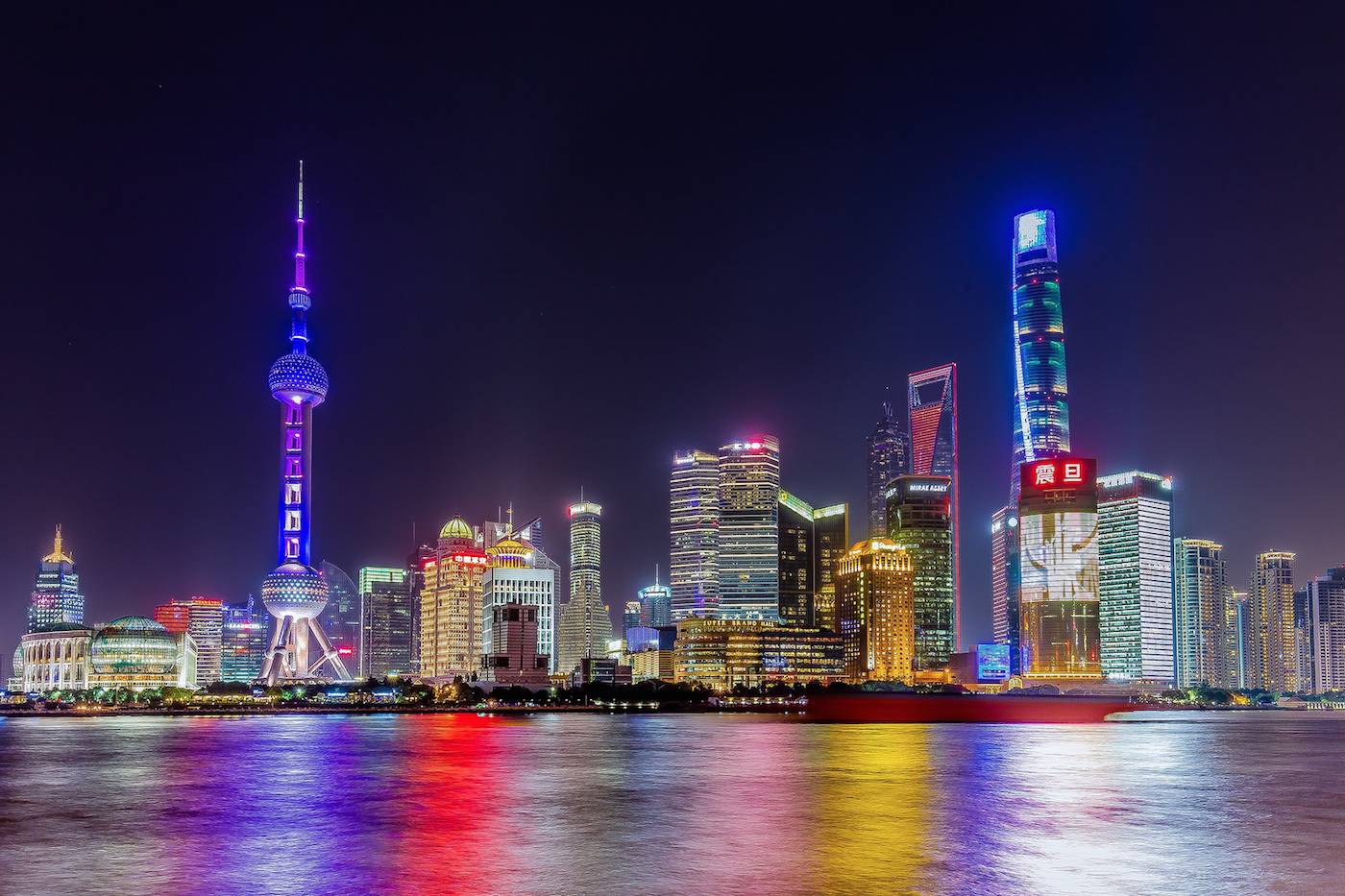 Day 1: Shanghai Museum - Yuyuan Garden - Cheng Huang Miao Bazaar - Former French Concession Area - The Bund - Nanjing Road
We will pick you up from your Shanghai Port cruise ship or at your Shanghai hotel and begin your day with a visit to the Shanghai Museum, then a visit to the Yuyuan Garden and the Cheng Huang Miao Bazaar. We will treat you to a nice lunch of the local Shanghai cuisine. After lunch, we will take you to visit the former French concession area and take a drive to The Bund. You take a stroll on Nanjing Road, the world-famous shopping street in Shanghai lined with hundreds of shops of every variety. That evening we will take you back to your hotel to relax for whatever awaits you the next day. Tour includes English-speaking tour guide, private transportation with a professional driver, lunch and all entrance tickets. Does not include customary tips for the tour guide and driver. 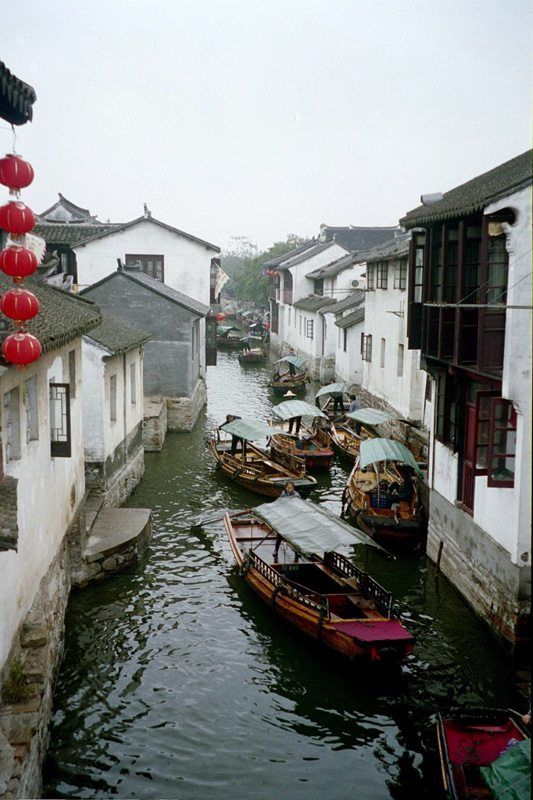 The 2,500-year old city of Suzhou is within an easy drive of Shanghai, situated on the lower reaches of the Yangtze River. The beautiful and historic city’s nine classical Chinese gardens are considered to be masterpieces and as such are listed as UNESCO World Heritage Sites. Suzhou is also famous for its stone bridges and pagodas in addition to its numerous beautiful gardens. The entire city was designated by the Chinese government as one of only four cities in China where the preservation of cultural and historical heritage has been labeled as a priority, and after visiting the city you will easily understand why it was chosen for special protection.

Day 1: Transfer to Suzhou - Master of the Nets Gardens - Hanshan Temple - Tiger Hill - Yunyan Temple - Zhouzhuang Water Village - Return to Shanghai
For this tour, we will pick you up around 8 or 8:30 a.m. at your hotel and transport you to Suzhou by car. Your first visit will be to the fantastically ornate “Master of the Nets Garden”, which may be the pinnacle achievement of classical Chinese gardens. Afterwards, it is on to the Hanshan Temple, first built in the Liang Dynasty (502 - 557 A.D.) Then you will visit Tiger Hill and the oldest pagoda in Suzhou (built during the Northern Song Dynasty (959 - 961 A.D.) at the ancient Yunyan Temple, which serves as a landmark for the city at the top of the hill. We will treat you to a nice lunch of the local Suzhou cuisine at a local restaurant, then after lunch, we will take you to the intriguing and nearby Zhouzhuang Water Village, which is often referred to as a smaller Chinese version of Venice (as are Suzhou and many of the other nearby water villages.) You will have the remainder of the afternoon for exploring the historical village on foot where you can see the city’s famous “Double Bridge”. We will take you back to your hotel around 5 p.m. Your tour includes English-speaking tour guide, lunch, private transportation with a professional driver and entrance tickets. Does not include customary tips for tour guide and driver. 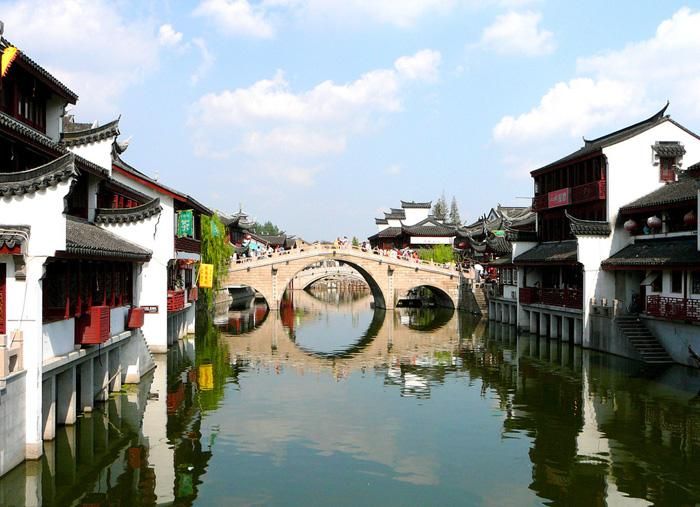 Day 1: Transfer to Wuzhen Water Village - Hundred Beds Museum - Foliage Dyeing Workshop - Wood Carving Showroom - Huiyuan Historic Pawnshop - Former Residence of Mao Dun - Bridge-in-Bridge - Return to Shanghai
We will pick you up from your hotel after breakfast to take you by private vehicle to the ancient Wuzhen Water Village, first established in 872 A.D. Explore the Hundred Beds Museum (filled with examples of various beds from the Ming and Qing dynasties), the Foliage Dyeing Workshop (where a unique blue calico cloth is made), the Wood Carving Showroom, the Huiyuan Historic Pawnshop, the Former Residence of Mao Dun (a Chinese revolutionary writer), and the “Bridge in Bridge”, where two ancient bridges can be viewed through the arches of the other as they are joined together, with one running east and west while the other runs north and south. You will also be treated to a nice local lunch before we take you back to your Shanghai in the evening. It is also possible to stay overnight here for an extra charge. Includes English-speaking tour guide, lunch, private transportation with a professional driver and entrance tickets. 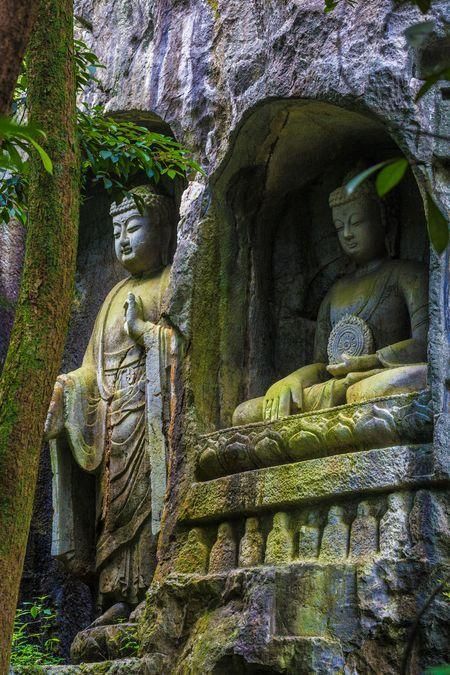 As the capital city of Zhejiang Province, Hangzhou is located 112 miles (180 km) southwest of Shanghai. Hangzhou was reportedly visited by Marco Polo in the 1200’s, who stated that the city was "beyond dispute the finest and the noblest in the world." Hangzhou was founded about 2,200 years ago and is considered as one of the “Seven Ancient Capitals of China”, and it is one of only four cities in China designated by the Chinese government where the preservation of cultural and historical heritage has been labeled as a priority The city is also situated at the southern end of The Grand Canal, a manmade waterway that runs all the way from Beijing in the north to Hangzhou in the south and rivals the Great Wall as one of China’s almost superhuman achievements.

Day 1: Transfer to Hangzhou - Boat Ride on West Lake - Lingyin Temple - Feilai Feng Grottoes - Feilai Peak - 6 Harmonies Pagoda - Tea Plantation - Return to Shanghai
We will pick you up early at your hotel in Shanghai for the two-hour drive by private vehicle to Hangzhou. You will have a morning boat ride on the beautiful West Lake, then we will treat you to a local lunch of Hangzhou cuisine. After lunch, visit the Lingyin Temple, including the Feilai Feng Grottoes, Feilai Peak, the Liuhe (Six Harmonies) Pagoda and a tea plantation to see where “all the tea in China” (ok, not really all of it) actually comes from. We will have you back at your hotel in Shanghai in time for dinner, or you can stay over in Hangzhou for an extra charge and enjoy this beautiful city for an extra day. Includes English-speaking tour guide, lunch, private transportation with a professional driver and entrance tickets.

Cost: Tour price varies by standard of Yangtze cruise and accommodations, peak or off-season and exchange rates. Please contact us for a no-obligation quote with the latest prices, current airfares and cruise availability. 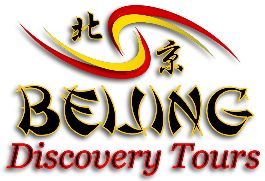